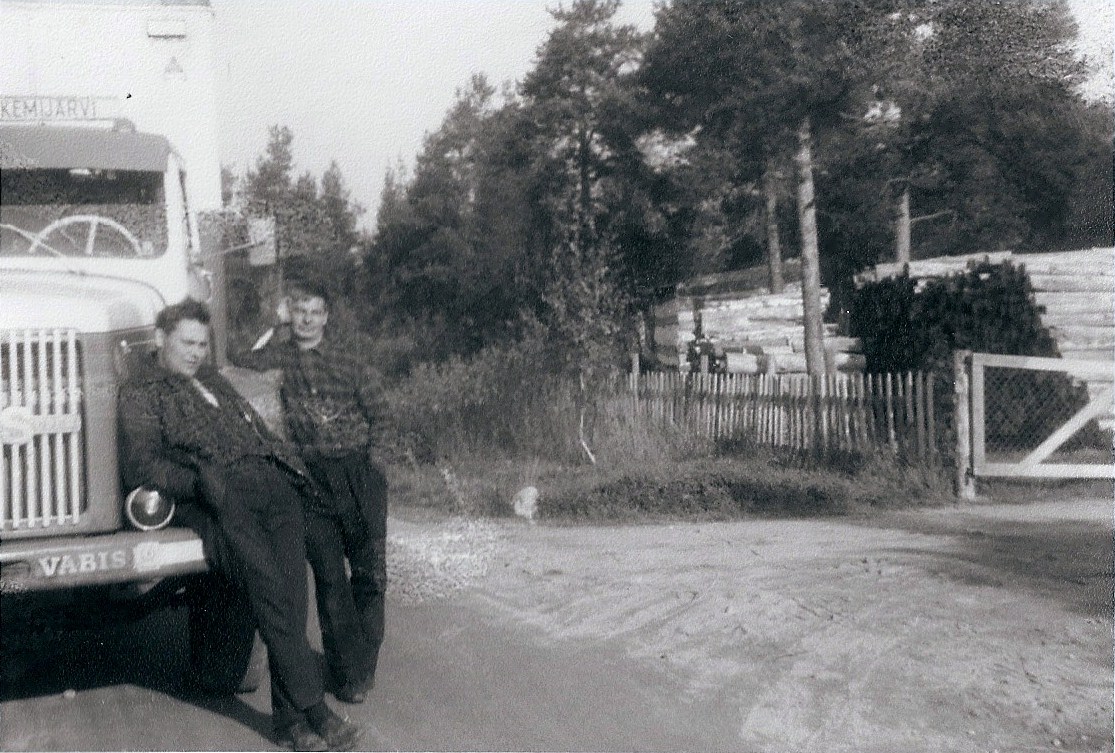 The history of freight enterprise Ilmari Lehtonen can be seen as beginning in 1953 when Ilmari Lehtonen was granted his first transport licence for a single truck. He handled local deliveries commissioned by the company Lapin Kuljetus Oy and worked at power plant construction sites in the former Petsamo area and in Petäjäskoski. During the winter months he transported timber logs. A Scania-Vabis Regent vehicle with open trailer was purchased from Lapin Auto Oy. Lehtonen officially started transportation to Helsinki in July 1959 driving in day shifts with Arvo Aho. They met each other at night in Central Finland. 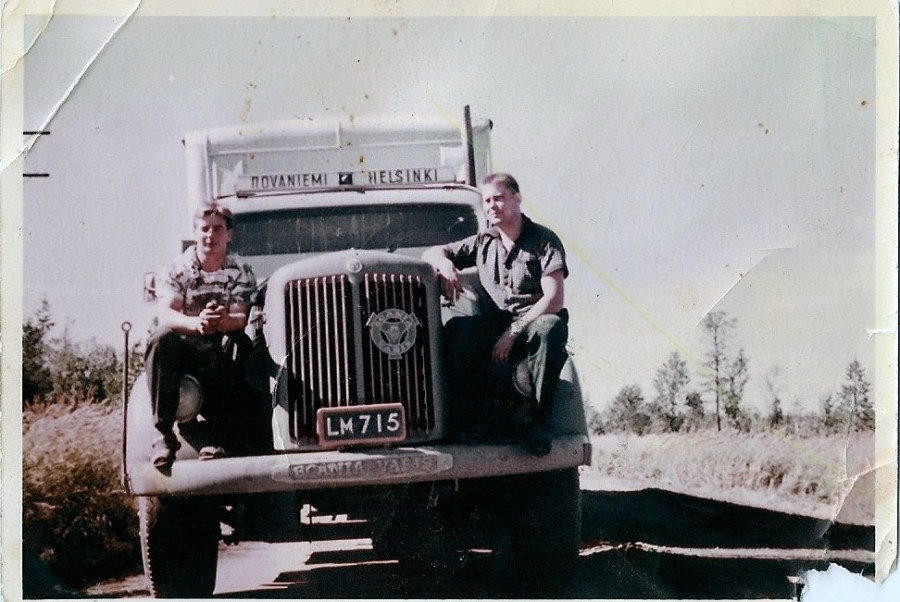 “The fact that transportation gets congested a little infrequently still causes a few problems. When there is a lot of pressure in Helsinki, Rovaniemi is quiet, and vice-versa. Nevertheless, this problem is gradually improving. With Kemijärvi transportation on the other hand, the problem is with the poor condition of the road, but the town can be reached using a smaller vehicle and the transportation numbers to Kemijärvi are also on the increase.” Ilmari Lehtonen from 1962.

Ilmari Lehtonen joined Kaukokiito of Helsinki in 1960 by purchasing a single share of the company. In 1962 Lehtonen already had a fleet of six new combination vehicles and around 15 employees.

Mainly reindeer meat, berries and other traditional Lappish products were transported from Rovaniemi to Helsinki. Just about everything else was transported from Helsinki, from iron to building supplies, confectionery and tobacco. The quantity of freight leaving Helsinki was approximately 450 tons a month.

The Lehtonen vehicle drove in the mornings to Kemijärvi and the property of motorist Vilho Martin was used as a base. The new Rovaniemi-based Kumi-Helenius was later taken as a more permanent base, which received customer orders and operated as an unofficial freight depot. Two weekly journeys were made to Salla when necessary and the return journey carried cheese from the Kursu Dairy. 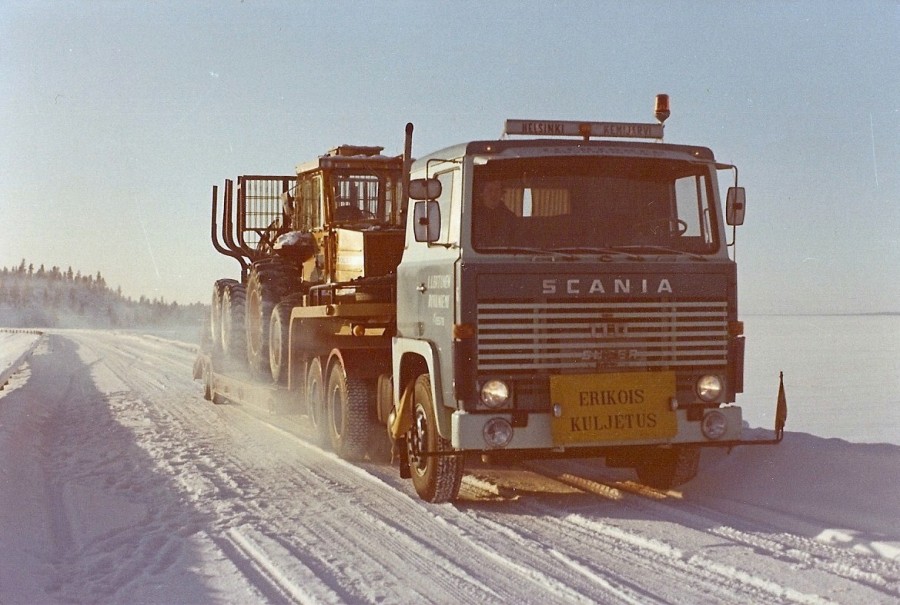 Service between Oulu and Kemijärvi was initiated in 1965. The freight company experienced continuous growth and in 1977 it employed approximately 40 employees. A decision was reached to change the company onto a limited company.

With the generated change, Pentti Jussila became the managing director of the company, who is the husband of Ilmari Lehtonen’s daughter, Terttu Jussila. Ilmari Lehtonen stepped down from his position on the Board of Directors in September 1980 and was awarded the Regional Entrepreneur Award by the Lapland Unit of the Federation of Finnish Enterprises in September 1981.

Northern Finland Kaukokiito was established in 1989 and the year was economically difficult. Despite a difficult recession, Freight Company Ilmari Lehtonen still continued to grow and purchased more shares in Kaukokiito Oy. With the trade, the company also gained more vehicles. 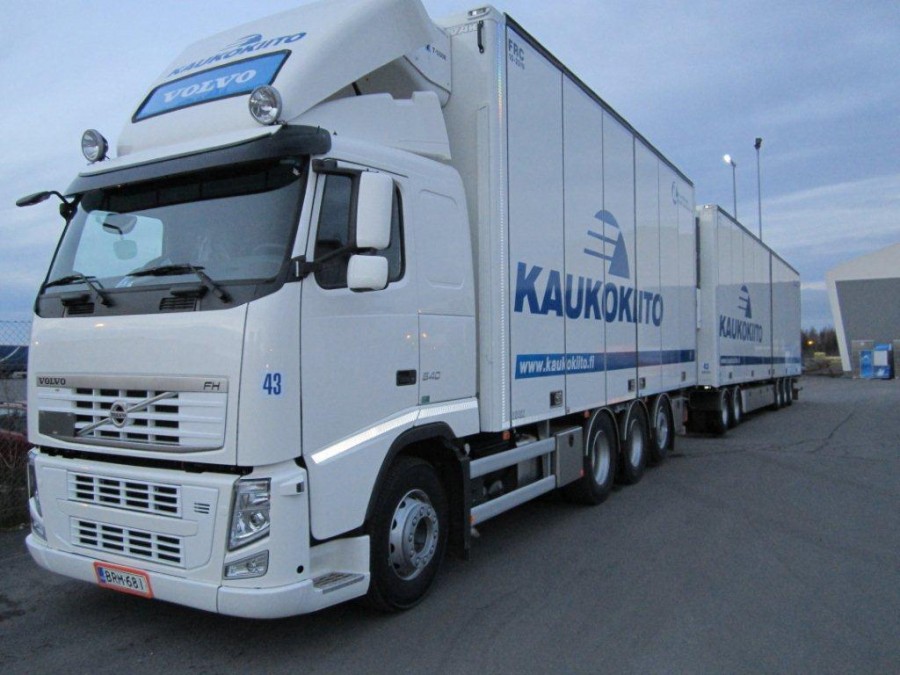 In 2000, with the introduction of new markets the turnover of Freight Company Ilmari Lehtonen Oy increased by 42%. New terminals were constructed for Oulu, Ylivieska and Kemi. The company is now run by the family’s third generation.